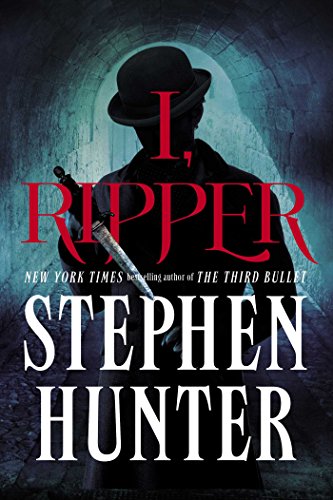 “[A] dark, bloody triumph...convincingly mad, alternatively even-tempered, hallucinatory and cackling...the book’s characters are great, its race to capture the murder is beautifully tense, and it has one of the best twists I can remember in any recent historical thriller.” —The New York Times Book Review “Absolutely riveting....Authentic in tone, well researched, and darkly atmospheric of Victorian London, this historical thriller combines the quiet plausibility of the psychopath in Thomas Harris’ Red Dragon (1981) with the menacing tone of Kenneth Cameron’s The Frightened Man (2009).” —Booklist The electrifying new thriller from New York Times bestseller Stephen Hunter takes you deep inside the mind of the most notorious serial killer of all time: Jack the Ripper. In the fall of 1888, Jack the Ripper slaughtered five prostitutes in London’s seamy Whitechapel District. He did not just kill—he ripped with a butcher’s glee—and then, after the particularly gruesome slaying of Mary Jane Kelly, he disappeared. For 127 years, Jack has haunted the dark corners of our imagination, the paradigm of the psychotic killer. We remember him not only for his crimes, but because, despite one of the biggest dragnets in London history, he was never caught. I, Ripper is a vivid reimagining of Jack’s personal story entwined with that of an Irish journalist who covered the case, knew the principals, charted the investigation, and at last, stymied, went off in a bold new direction. These two men stalk each other through a city twisted in fear of the madman’s blade, a cat-and-mouse game that brings to life the sounds and smells of the fleshpot tenderloin of Whitechapel and all the lurid acts that fueled the Ripper headlines. Dripping with intrigue, atmosphere, and diabolical twists, this is a magnificent psychological thriller from perennial New York Times bestseller Stephen Hunter, who the San Francisco Examiner calls “one of the best storytellers of his generation.”
Show More
Reviews

I, Ripper: A Novel

Disclaimer: The price shown above includes all applicable taxes and fees. The information provided above is for reference purposes only. Products may go out of stock and delivery estimates may change at any time. Desertcart does not validate any claims made in the product descriptions above. For additional information, please contact the manufacturer or desertcart customer service. While desertcart makes reasonable efforts to only show products available in your country, some items may be cancelled if they are prohibited for import in Great Britain. For more details, please visit our Support Page.